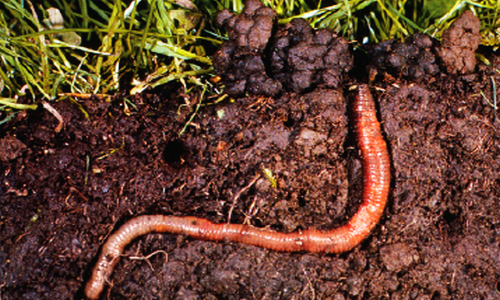 By now, you know what’s in soil, how it’s made, and other basic but important soil facts. And whether you’re into organic gardening or not, soil has other components that influence successful and productive plant growth.

The most important organic soil element is soil life. Soil life is simply the combination of all the organisms in the soil, both the ones that can be seen by the naked eye like earthworms and slugs and the ones that can only be seen via a microscope, like bacteria and fungi.

Soil organisms break down the remains of living things in the soil like insects; plant waste like leaves and tree branches and twigs; grass clippings; larger animals and other dead soil life. Soil organisms recycle organic matter and make plant nutrients available in the soil. Bigger organisms like earthworms also help build a better soil structure. Without soil organisms, the top soil will be a literal dumping ground – a landfill of useless waste.

Soil organisms like bacteria and fungi play key roles in maintaining soil health. This microscopic soil life breaks down organic waste materials to produce the food for other soil organisms as well as make nutrients available to plants. Scientists say that you can find billions of bacteria, millions of protozoa and fungi, and thousands of algae in just one tablespoon of healthy garden soil.

But besides the beneficial break down of organic matter, other soil organisms can also cause diseases. You know these soil organisms as pests and if they’re not addressed quickly, they could become recurring problems in your plots and gardens.

On the whole though, soil life doesn’t cause harm and could even be good for plant life. The key is in maintaining a diverse ecosystem of soil organisms. Not one specie should dominate so as not to upset the balance of life in the soil.

Another organic soil element that you need to be aware of is organic matter—simply, the dead stuff found in soil like plant waste, animal remains and manure.

There are five main functions of organic matter:

Organic matter in soils contains the food that organisms in the soil depend on to live as well as the nutrients that plants need to grow. One of these is nitrogen, one of the three major plant nutrients needed by the soil to support life and growth.

Organic matter is replenished with the death of old life in the soil as well as by the new life that comes with new growths. Soil life feeds on and contributes to the decomposition of organic matter.

Without organic matter, soil is just plain dirt—sterile, barren, and useless for any kind of growing activity. 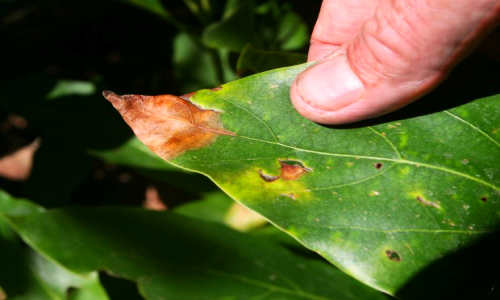 Nitrogen is a major component in protein and chlorophyll production. It’s responsible for the green color of plant leaves as well as for lush, vigorous plant growth. Nitrogen is found in living or decaying tissue, and bulky organic matter is a major source for this nutrient.

Phosphorous, on the other hand, is a macronutrient necessary for energy transfer from soil to plants. It helps stimulates plant growth and speeds up maturity.

Potash, the more familiar term for potassium (K) when it’s used as soil fertilizer, is important in keeping plants growing vigorously and disease resistant; the development of flavor in fruits and vegetables; and generally, in robust plant function.

Most of the nutrients that plants need are in the soil and particularly in organic, decaying matter. Deficiencies in plant nutrients can also occur though. It could be that one nutrient exists in excessive amounts, rendering other plant nutrients unavailable. The soil could also have poor structure, drought prone, or highly acidic or alkaline.

Where plant nutrient deficiencies occur, you may need to augment existing soil nutrients from other sources depending on the kinds of plants that you’re growing.

Some growers and gardeners use conventional fertilizers or such organic amendments as seaweed extract; spray compost tea on soil and foliage; inoculate the soil with a mycorrhizal root inoculant; or even use stubble digesters after a harvest to hasten the decomposition of organic matter.

Soil conditioning is especially useful when plants aren’t thriving well or when you’re starting a new garden. You can get your soil tested first to check which nutrients are native to your garden and the their available ratios as well as the kind of plants that would thrive well in your garden.

In highly acidic soil, plant nutrients may be leached off or dissolved by water, contributing to soil toxicity. On the other hand, a highly alkaline environment locks plant nutrients tightly in the soil, making them unavailable to plants.

So there you have it, the basics of organic soil—what your soil has in its untouched state. I’ll be delving more on soil chemistry next time. In the meantime, I’d love it if you’d share your insights and experiences in how you’re managing your soils organically.

One Response to Organic Soil – Essentials of Managing the Soil Organically